After two days driving across the Nullarbor Plain and a night sleeping in the car, we had arrived at the first real sign of civilisation, Norseman. Here we were able to find a campsite and enjoy the comforts that we had been missing since Adelaide. It also gave us the chance to meet and talk to people that were going to cross the Nullarbor or already had.

Norseman was the gateway to the Nullarbor. The last stop before you began your thousand mile journey into the true Australian Outback. For us it was the first town we had come to since South Australia, though it only had a small population of about six hundred.

The campsite was filled with people travelling through but the man in the tent next to us caught our attention. He was in his sixties, maybe even older, and was travelling on a four wheeled sit down bike that resembled a go-kart. He had just arrived in Norseman after pedalling through the Nullarbor, but his journey was far from over. He was cycling around the entire coast of Australia!

The size of the journey and the fact that he would only cover about seventy miles a day was hard for me to comprehend. The distance we had travelled in two days by car would likely take him two weeks. He would be alone for days in the middle of nowhere with only the rumble of road trains and rush of cars as they passed him. But he spoke about his journey matter of factly and the size of it seemed to have little impact on him.

He told of his journey across the Nullarbor and an experience he had had recently when he stopped at a roadhouse for breakfast.  A roadhouse was a one stop shop for travellers, petrol station, store, rest stop, and sometimes a restaurant and motel were available. For us it was often the location of the Nullarbor Links and where we could get our game cards validated.

Usually Roadhouses were found every one hundred miles or so, perfect if you were travelling by car as you were only an hour away from somewhere. Travelling by bike it was a different story. He had arrived at a roadhouse in the morning hoping to grab some breakfast but the kitchen wasn’t open yet. The cook told him there was another just down the road (another hundred miles) and by the time he reached it it would be open, not realising that he was travelling by bike and that was a days journey for him. 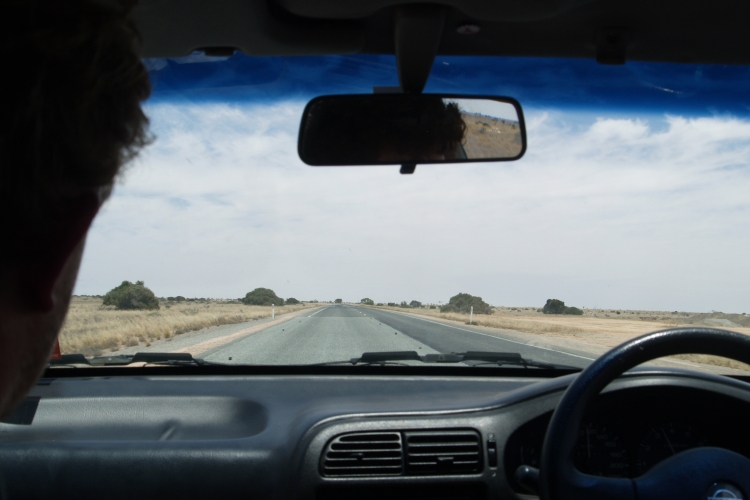 As we drove out of Norseman I was thinking about the man we spoke to and the magnitude of his journey. Highway 1 a network of roads that joins the mainland capital cities of Australia is approximately 9,000 miles, if his was his route it was already the same distance from Perth to London!

His journey had made me realised what we had just done wasn’t that unique. The size and emptiness of Australia was daunting to us but not for others.  For many Australians crossing the Nullarbor was a simple task, something they were so comfortable with they would even do it by bike.

Even though we had crossed the Nullarbor Plain and the hardest driving was behind us we still had over four hundred miles before we reached Perth, where our journey officially came to an end. During this stretch we would be travelling through an area that was more inhabited and even cross through a few small towns along the way, including Kalgoorlie Australia’s mining capital.

My new zine Crossing the Nullarbor is available to order along with four prints taken at various landmarks we travelled passed on our route. 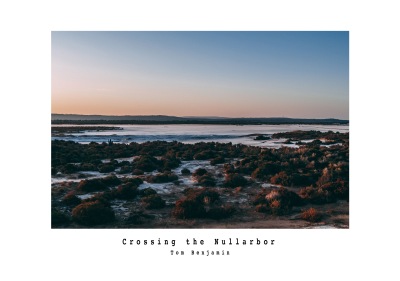 The journey continues with The Endless Emptiness of Crossing the Nullarbor.