Below is a compiled list of 60 landmarks that you apparently must see before you die. I was slightly disappointed with my low score of only eight. When compiling these types of lists i can see how it would be difficult to include everything but these are places to see before you die, surely that should include all the major landmarks.

Take a look at the 60 Landmarks You Must See Before You Die.

From Australia the list only includes the Sydney Opera House and The Twelve Apostles but it doesn’t include Australia’s crowning jewel, Uluru, or even natures spectacular Great Barrier Reef. In New York, what I believe to be the city of landmarks, they forget to mention the Brooklyn Bridge and many others but do include the worthy Empire State Building and the Statue of Liberty.

The way to look at it is that this is only 60 landmarks of a much larger list. Really, I feel like it is saying you need to see all of these landmarks before you die PLUS all the others that we have missed.

If I visited one a year then it would take me sixty years, maybe a little less as there are some landmarks in the same location. Then there is all the other places I would like to visit. Maybe it is time to get on the road again and start ticking a few of these off, who knows when I am going to die.

After all this debating and taking this way too seriously, I have just decided to use this as a guide for future travel and reminder of the places I still need to visit. It is easy to criticise, I am just one persons opinion, just like the person who made this list. 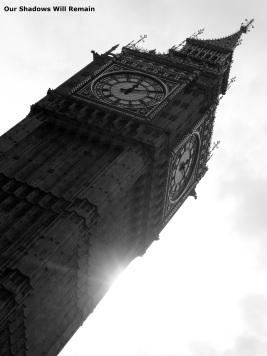 9 thoughts on “Landmarks You Must See”