My first day in Melbourne I knew exactly where I wanted to go. From my time there eight years ago I had become familiar with the city and knew that one of the best views was found from the roof of the ANZAC memorial, a 15 minute walk from the construction site that was currently covering Flinders Street Station.

In 2009 a friend encouraged me to travel to Australia and I did. I stayed for two years working and traveling around the country, before returning home. During that time I got to know Australia very well and made some great friends. It was a shame to leave but I knew some day I would be back, even if it was only to visit.

That very friend was now getting married and I was in Melbourne again, walking similar footsteps to those I had trod for the first time years ago and seeing those familiar sights. 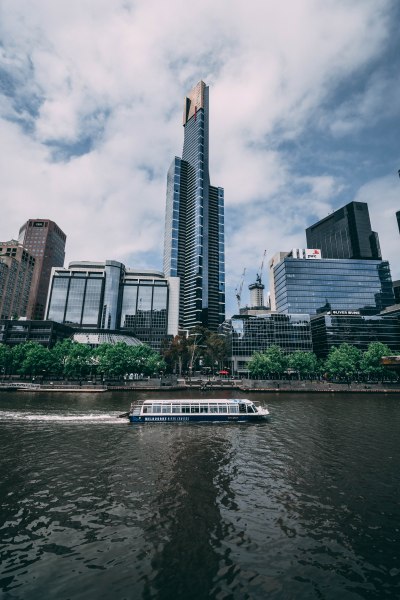 I would be spending a few days exploring Melbourne before travelling down to the Mornington Peninsula to meet my friend and his future wife, then the wedding would be held there in a couple of weeks.

But first I had to see melbourne.

The weather was overcast but that didn’t spoil the view. From the roof of the memorial you can see 360 degrees, but looking north across Melbourne’s skyline was by far the best. I tried to think back to the last time I stood here and wondered what had changed since then.

There was only one thing that I could notice. Straight down the middle, a building I am sure I would have remembered if I had seen it before. Can you spot it?

Melbourne Then and Now

Of course the two photos are taken years apart on two different cameras but look closely at the skyline and see if you can see the face of an unknown person. I was intrigued by the building and its mysterious face, during my few days in Melbourne it became an obsession. I had to know more.

Tuned in for my next post for more about the face in Melbourne’s skyline.

Take a look at the two views and let me know if there are any other differences you an spot.

7 thoughts on “Melbourne Then and Now”