The Singers of Jingshan Park

As I walked through the Forbidden City in the heart of Beijing  a tree covered hill stood in front of me, on top two colourful Pagondas. This seemed like a great place to view the surrounding area and after taking a look at my city map it would be possible to visit. 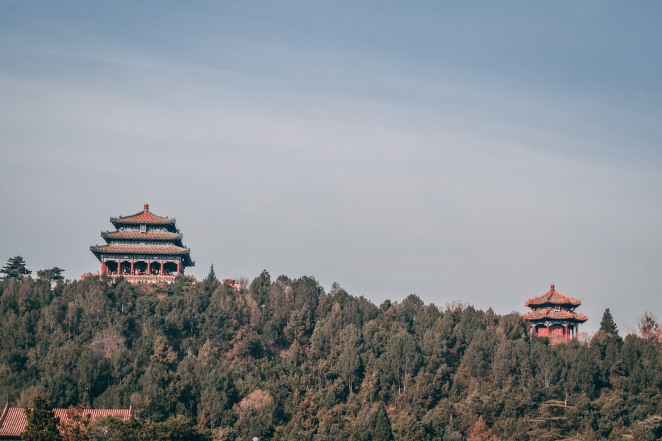 The area was known as Jingshan Park. To enter there was a small fee of 2 Yuan, which was very little compared to the 40 Yuan I had just paid to visit the Forbidden City.

Just inside the entrance a crowd had gathered to watch as a woman waved spirals through the air with a long coloured flag. As I watched I realised that a large amount of the crowd weren’t that interested in the woman at all but instead they were watching me and taking photographs.

At the top there were great views in all directions, particularly to the south over the forbidden city and then to the north where the city stretched never ending into the distance.

View to the north from Jingshan Park

As I stood looking over the view I could hear singing coming from below but little sign of people through the trees. I walked down towards the sound and found several large groups of people who had come together to sing.

Each group was made up of fifteen or so people, there were no instruments expects for an accordion, and no clear leader. They just sang. When one song finished they were on to the next with little hesitation and with everyone joining in. 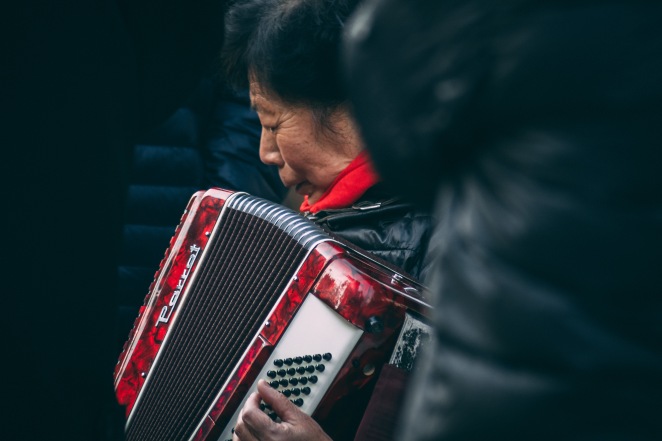 The groups were very diverse, men and woman, all from what seemed like different backgrounds. One man came dancing towards the crowd in brightly coloured clothes with a speaker as a hat. Another with a cane and a large black military coat, perfect for the winter weather.

But there was one thing they all had in common, they were all of retirement age.

During my short stay in Beijing I noticed on several occasions groups of the older generation joining  in activities or socialising together. Sometimes in the strangest of places. A large group of women dancing in unison on a busy intersection. More often than not there would just get together in parks or public spaces to play cards or even board games. 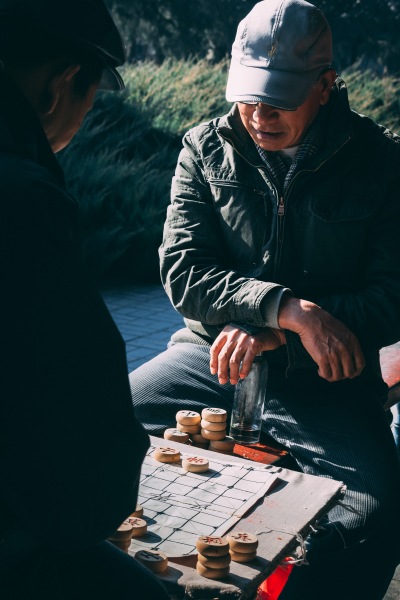 These photos feature in my new zine OFFBEAT along with many others from my time in Beijing. It’s an exploration into a different side of the city. Highlighting daily life, Chinese culture, architecture and of course metro stations. Copies are limited and can be found here:

My visit to Tiananmen Square and The Body of Chairman Mao