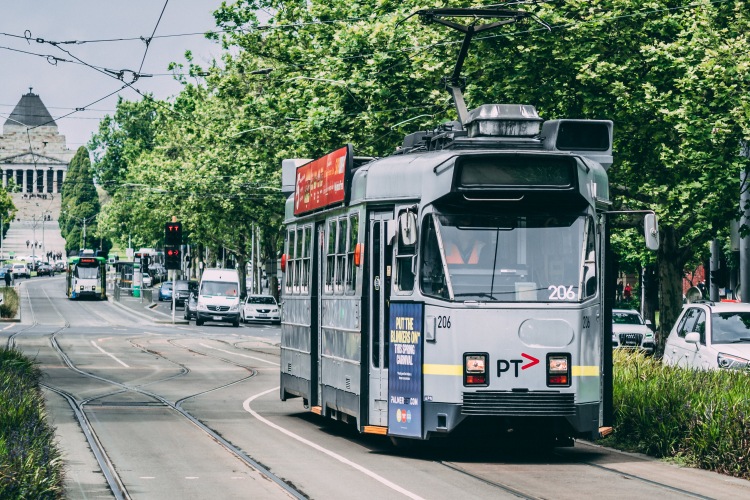 As we where staying in an Air BnB a short walk in one direction from Central Station and Queen Victoria Markets in the other, it was easy to get around Melbourne by foot. I find it’s the best way to see a city and stumble across a place you aren’t expecting.

And that was exactly what happened.

A short walk from Carlton Gardens on the way to Fitzroy we came across a neighbourhood of gothic houses, each one very different from the last. They had their own character and distinctive features that made them different but some how they fit together.

The same but different. 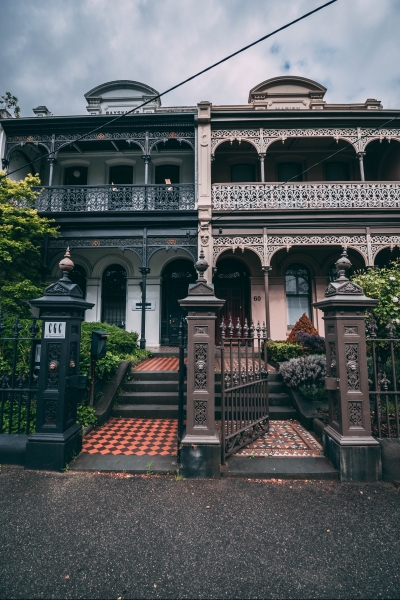 To get further a field I wanted to take advantage of the free city tram that runs regularly in the central area between the hours of 10am – 6pm, with extended hours at the weekend. The tram provides connections for tourists but also information about the city and the areas in which it stops. It’s a fantastic way for people new to Melbourne to move around.

You’ll know the free trams from their distinctive appearance. 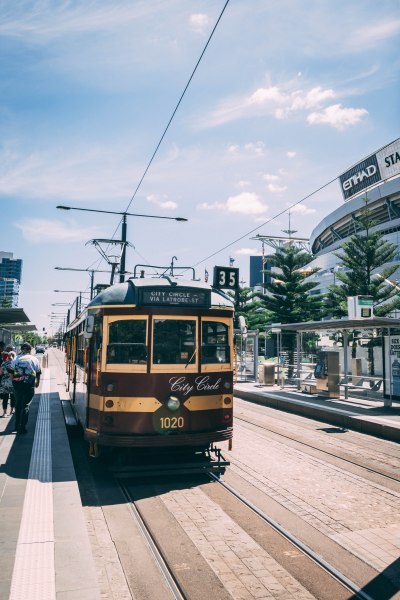 Though billed as a tourist area it is difficult to see exactly why tourists would come here. During the months I lived in Melbourne I rarely visited this side of the city and wanted to give it another chance, especially as it was still under development back in 2009.

Docklands is home to the Melbourne Star, a viewing wheel much like the London Eye. When I arrived in Melbourne all those years ago it was in the news as an extremely hot summer had caused the structure to warp. Now it was up and running but we had very little interested in taking a ride.

It was a beautiful day and we walked along the water, taking in the views and admiring the modern architecture on display. After a couple of hours I felt like we had exhausted all the Docklands had to offer, though I hadn’t worked out what that was apart from residential buildings and offices. Feeling  defeated we headed back to the tram stop for the pleasant journey back into the city, of course by the free tram. 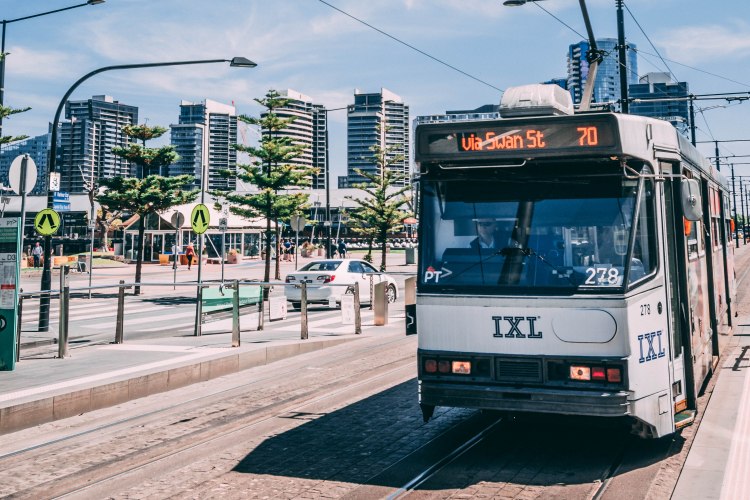 One thing that for me made the free tram especially appealing was the complex MyKi card system used on all other trams and methods of transport. When I was last in Melbourne in 2011 the new system was being launched with a number of problems and much public criticism. It seemed that those problems had been eventually ironed out and locals were getting around freely.

From a tourists perspective it was a little difficult to comprehend. I had to first purchase a card, that I couldn’t return, then I would then need to added value to it to make my journey, but I had no idea how much that journey would cost. Tickets or cards cannot be bought from the driver or at the tram stops so planning ahead is vital. 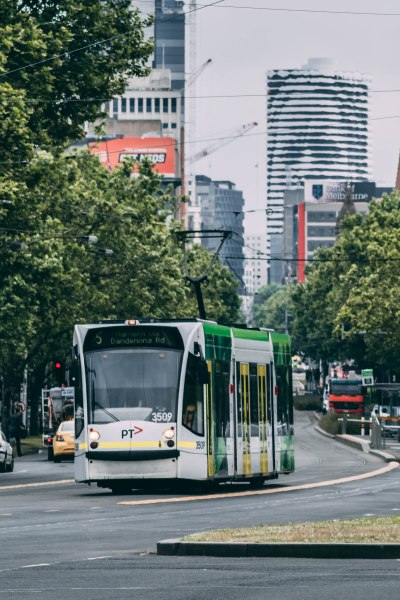 Interested to find out about the face on the building in the background? Read my previous post The Face of Melbourne.

The system may seem complicated at first but if you really want to explore Melbourne and its vibrant neighbourhoods then becoming familiar with its extensive tram network is a must. Fitzroy, Carlton and St Kilda are all worth a visit and of course are connected by tram.

For routes and timetables for the City Circle tourist tram visit the Public Transport Victoria Website.

While living in Helsinki I became very familiar with its public transport and how easy it was to use. Read my post Helsinki Metro to learn more.

The summer heatwave that melted the Melbourne Star.

One thought on “Melbourne Trams”