While in Budapest I really wanted to visit All Saints Church and It had come down to the last minute. The Sunday morning before my flight I took a bus into the hills on the Buda side of the capital. It was early when I arrived at the church but not early enough.

The church was busy with people coming for the Sunday service, there were already plenty of people inside and seating was quickly filling up. As I stood taking my last photos of the unique building a man approached me and asked if I was from around this area.

He introduced himself as Warren Richardson, an Australian photographer living in Budapest. He told me about the nearby cemetery and pointed out the hills he was heading into to shoot some abandoned Buildings.

I explained that I was tight on time and waiting for the next bus back to town as my flight was leaving in the afternoon. He said not to worry, there was a train station on my bus route back to the city centre and I should get off there and explore a nearby cemetery.

I found the station easily, the bus stopped right outside. I went inside to admire the architecture and watch as people made their daily commute.

From Keleti Station I followed the instructions as best as I could. They were fairly simple. Outside the station I spotted the small narrow street only for trams, that Warren had told me to look out for, and followed that until I reached the walled perimeter of Kerepesi Cemetery. 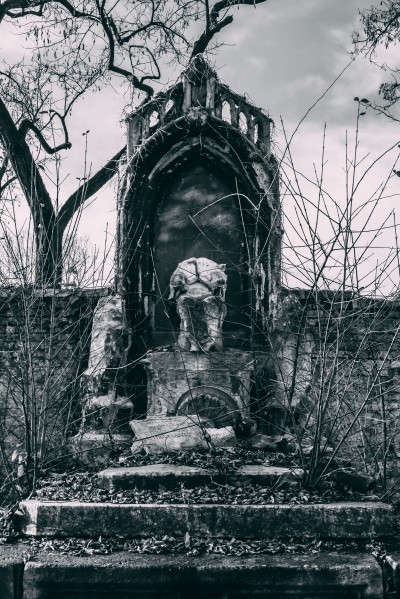 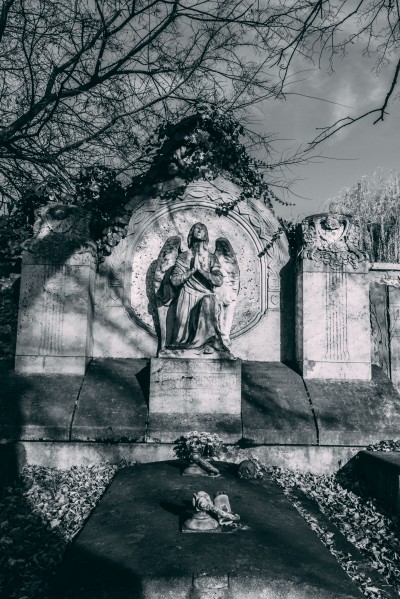 The cemetery was vast, with winter in full effect. There wasn’t a single leaf left on the trees that lined the long roads as they stretched off into the distance.

There was a mix of old and new in the cemetery. Many of the older graves and tombstones showed their age, to me these were the most interesting. It was hard to tell if the damage was something that had just happened over time or were signs of Hungary’s troubled past. 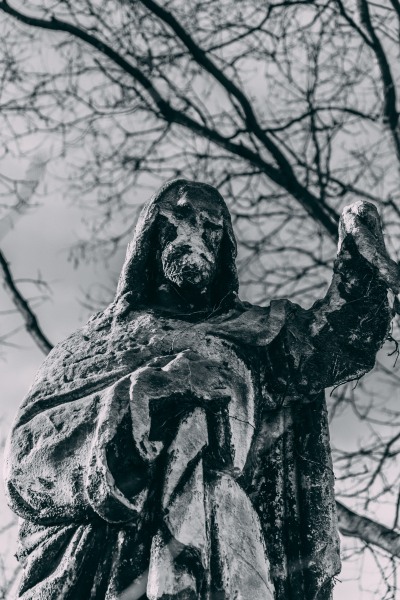 One of the reasons Warren had suggested the cemetery to me was there were apparently hidden signs of World War II. He had described a statue to me of a woman with her head bowed and hands drapped over the top of the tombstone. I found what I thought had been described to me  and when I looked closely there were age worn holes that may have been the bullet holes he had mentioned.

Due to my time constraints I was only able to explore a small section of the cemetery but what I saw in that short period of time left a lasting expression on me. Kerepesi Cemetery became a highlight of my weekend in Budapest, not only because of what I saw there but because of the story that took me there in the first place.

A short piece about All Saints Church

One thought on “The Unusual Road to Kerepesi Cemetery”