The Tricorn was a car park situated in the city of Portsmouth. Designed in the early 1960s by Owen Luder and Rodney Gordon, the concrete structure was envisioned as a blank canvas where shop fronts and market stalls would bring colour and life to the building. Originally the building was going to be called ‘Casbah’ meaning Market in the Sky.

At first the building was heralded with an award for its design, but gradually fell into disrepair. The Tricorn never reached its full potential and it quickly became clear that it would never be used for the purpose for which it was originally intended.

There was much debate in the city and the Tricorn gained notoriety as one of the ugliest in the country. It wasn’t long before people were calling for the building to be removed and the area redeveloped.

After years of delays demolition on the Tricorn began in March 2004, to make way for a large modern shopping centre that would bring change to the City of Portsmouth. Now, the area remains undeveloped. In its place a temporary car park that has slowly become a permanent feature.

My very first printed zine BRUTAL is available to order. It is an A5 book featuring images of the Tricorn shot on film in 2004 shortly before the building was demolished, with a cover illustration from Nick Coupland. They were taken as part of a series documenting several changes that the city of Portsmouth was going through at that time. I am hoping to bring other projects to life like this and I can only do that with your support.  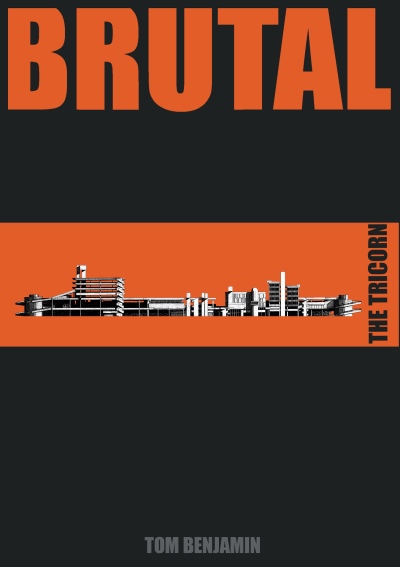 4 thoughts on “The Tricorn”