Lyton and Lynmouth are two towns on the northern coast of Devon. Though the towns are separate they are governed by the same town council and often referred to as one. While Lyton sits at the top of a steep cliff the harbour town of Lynmouth sits below, where the East and West Lyn rivers meet.

It was due to Lynmouth’s position on the river that it saw devastating floods in August 1952. After the South West was hit by a storm water rushed down the valley from Exmoor, bringing with it fallen trees and other debris. Overnight more than one hundred buildings were destroyed and resulted in the death of thirty-four people.

The river is a huge part of the town and a constant reminder of what happened here. The defences have since been modernised and bridges widen. Though, while the river is low they may seem like overkill they are completely necessary in not seeing a repeat of what happen in 1952.

There is another reason Lynmouth is a well known town along the North Devon coast. Late one evening in 1899 a ship was in trouble off the coast of Porlock Weir and a lifeboat was needed. The conditions at Lynmouth (where the lifeboat was stationed) were too severe to launch the boat so the crew decided to drag the boat 15 miles over land to the sheltered harbour of Porlock Weir.

The journey was an incredible feat. The boat and its carriage was said to weigh 10 tons, taking 20 horses and a hundred men to make the journey. After ascending and descending two steep hills, navigating their way through exmoor and widening the path with picks they arrived exhausted early the next morning. Launching the boat immediately the crew rowed through the heavy seas and managed to save all eighteen crew members. 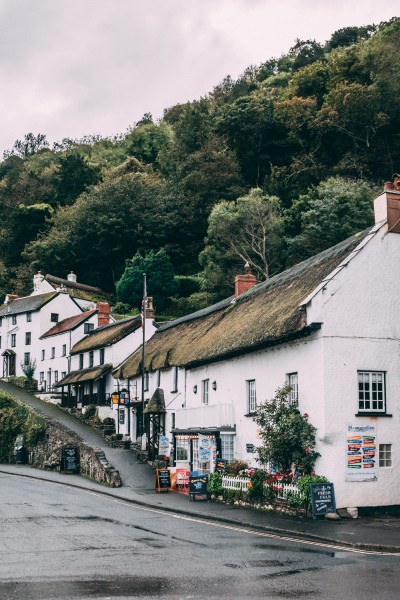 Even on a rainy day in October there were people coming and going as we took shelter in the newly restored lifeboat house now a memorial detailing the floods of 1952. It’s clear to see that these two stories have had an impact on the town. Not only marks in history but also physically on the town itself and its reputation. 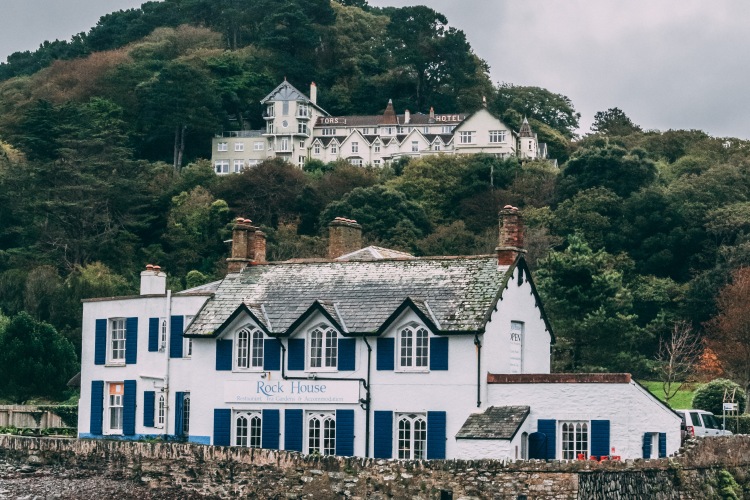 The two towns are connected by a cliff railway. The railway was first introduced in 1890 to ease the transportation of goods up and down the steep cliff that separates Lynton and Lynmouth. It’s a water-powered funicular railway, meaning that it doesn’t need any power to operate. Instead the railway uses the weight of water and gravity.

Each carriage has a water tank as well as space for passengers, which is its main used today. As the carriage arrives at the lower station the tank is emptied, while the carriage at the top has its tank filled. The weight of the added water lowers the top carriage while raising the lower one. 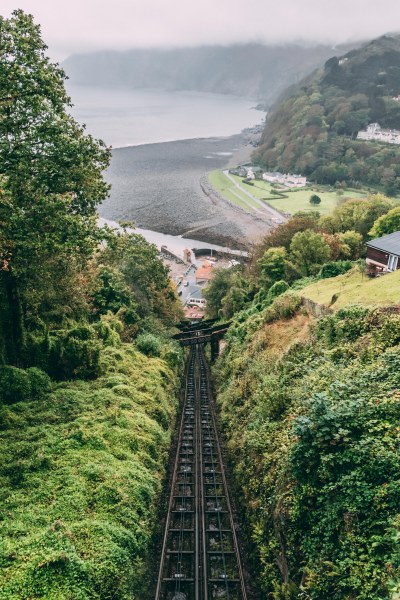 We looked back down the hill at all the bridges crossing the steep incline of the tracks not regretting our decision for a moment to use the cliff railway to ascend. We caught up with the path and continued on into the Valley of Rocks.

Have you Met Verity? An impressive sculpture in Ilfracombe by Damien Hirst.

These images are part of my ongoing mission to walk the South West Coast Path and photograph my journey.

The incredible story of The Overland Launch.

One thought on “Lynton & Lynmouth”