After 5 years in Finland it is time for me to move back home to the UK, one of the reasons I have been a little quiet over the last few weeks. To commemorate the time I have spent in the country I wanted to share two photos.

Over the five years I have taken hundreds, maybe even thousands, of photos all over the country, a small selection has been shared on these pages. These two images represent that journey. When I arrived I went to a cabin by the lake to spend Midsummer with a group of friends. The photo above was taken of the midnight sun, a typical view over summer, and one of the first pictures I took in the country.

Now, Finland celebrates its 100th year of independence and across the country different celebrations and events take place. Below is a farm where they have created a Finnish flag out of hay bales. This photo was taken late at night, around 11pm, and one of the last I will take.

Of course I will be back to Finland in the future and still have plenty more photographs to share with you from my time in Finland.

If you are interested to see what I have done over the last five years in Finland you could read some of my favourite and most popular posts.

A Year in Lapland

5 things to do in Finnish Lapland in Summer 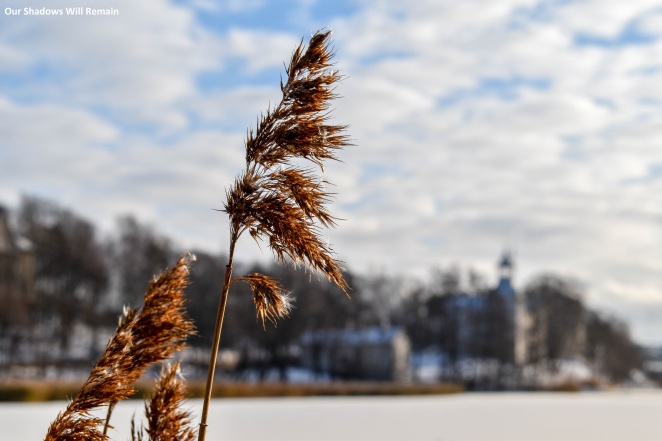 Last week this view in Helsinki was full of colour, ruska was here and the city looked beautiful.

Yesterday saw the first snow and that means only one thing, winter is on the way.  We don’t know for how long it will last but there is one certainty, more snow will come and the lake will eventually freeze.

Are you looking forward to those cold winter months? What are your tips for surviving winter in a city?

I found myself in Repovesi National Park for the second time this year. My previous visit I walked the enjoyable but short fox trail during summer, this time I set my sights a little higher and planned to spend two nights in the National Park.

Along with a friend we arrived in the park late, it was already dark when we parked and saddled up. The walk through the woods was a little challenging as we had to keep an eye on the path and there was little to navigate by even with the light from our headlamps.

The idea was to walk to the first camping spot and settle in for the night but when we walked in it was already packed with a group of lively teenagers. A decision was quickly made and we pressed on for the next camp site an hour away. 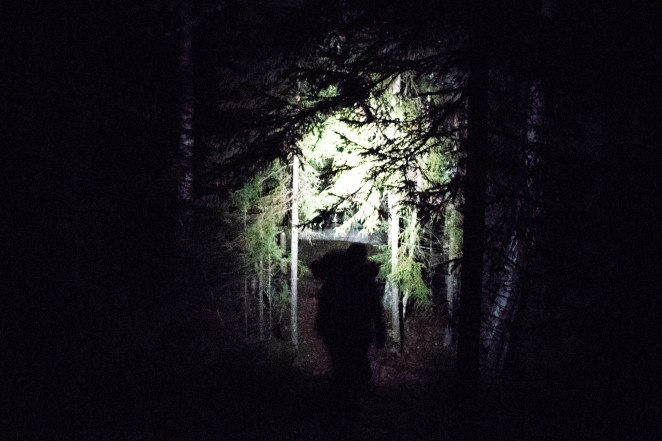 We found a secluded spot in an already full camp site and made dinner, by this time it was already very late and we headed to the tent as soon as we had finished our dinner. I was already cold standing around outside and prepared for a cold night with plenty of layers.

We woke early the next morning to make the most of our only full day, where we planned to walk a majority of our planned route. I emerged from the tent and was finally able to see the scenery around us. A lake stretched out in front and I hoped that a moose would swim across it or appear from the woods that lined its banks, but I had no such luck.

The variety of scenery was excellent, we went from walking in the beautiful autumnal forests to high up on rocky hills with views over lakes and trees with little sign of life except for a handful of scattered houses.

Evidence of the last ice age is dotted throughout Repovesi National Park you just need to keep a lookout for the signs. Below is the corner of a large boulder that has been left by the movement of ice balancing on the smaller rocks underneath.

Even though it was early we decided to stop for lunch in a quiet corner of Olhava. The view over the surroundings was one of best I have seen in Finland. We carefully approached the edge and lent over to look down to the surface of the water meters below, the only thing to block our view was a lone climber. Olhava is a very popular area for hikers and one of the best cliffs in Finland for climbing, during our lunch break a few climbers would hitch up and make their descent.

An hour or so later we had skirted the lake and were viewing Olhava from below. Finding a small fireplace area, which was also a base camp for the weekend climbers, below the cliff face we enjoyed a sausage cooked over the open fire and caused quite a stir when we cracked open a beer we had been saving for the right moment.

The park is full of amenities, campsites, toilets, fireplaces and even water pumps can be found every few kilometers, making hiking a much more luxurious affair.

There are a few spots in the National Park where you can enjoy the view. We had already visited Olhava and after our sausage break the next was a tall bird watching tower on top of another smaller hill.

Next, we aimed to finished our day watching the sunset from Katajavuori and after enjoying another spectacular view we continued on.

Arriving at the top of Katajavuori just in time to watch as the sunset, we sat in peaceful silence as other groups came and went. After the sun went down the clouds begun to roll in and we made our preparations for the night.

Darkness quickly came and the light from our tent was the only one visible until the small town miles away on the horizon.

Even though we emerged to beautiful views over the forests and lakes below in the morning there was little chance of seeing any signs of a sunrise as the morning sky was heavily overcast. We broke camp and after a quick breakfast made our way down the many stairs towards Lapinsalmi.

We entered Repovesi via the ferry late at night and now we would cross the same body of water via Lapinsalmi bridge in the early hours of the morning. We hadn’t camped that far from the car park and it wasn’t long before we tossed our rucksacks in the back of the car and headed for home.

Many of the photographs I have seen for this weeks Photo Challenge have been landscape orientation and I asked myself the  question, can a Landscape be done using Portrait orientation?

Do you think this image is a good example of a landscape photograph?

Share your examples of landscapes done with a portrait orientation and we can create a discussion about this topic. If you are interested in this subject read the Photography 101 tips HERE.

2015 was a big year for tourism, the number of international tourists rose by 5%, seeing 1.2 billion of us travelling aboard. Even with the threat of terrorist attacks people weren’t deterred, France remained the most visited country even after the tragedies in Paris.

Where was the best place you travelled last year?

Out of the few places I was able to visit last year Tromsø has to be the stand out. The landscape in Norway was magnificent though the country is a little expensive. Last year I shared many of my photographs from Tromsø but I still have others that I would like you to  see. 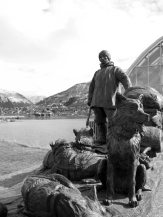 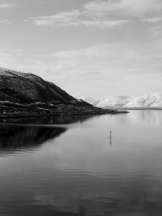 © Our Shadows Will Remain